Title: The World is Still Beautiful

Synopsis: Nike is the 4th princess of Rain Dukedom and she holds the power to call forth rain. She is sent to the Sun Kingdom to marry the Sun King, Livius in exchange for gaining autonomy from the Sun Kingdom. She soon finds that her husband, the king is just a child. The World is Still Beautiful tells the story of how this couple who is only in name, develop feelings for each other.

Plot- I actually didn’t like the plot at the start. It sounded to cliche (in anime) for my liking but that little twist of the Sun King being just a child grabbed my attention. I wasn’t expecting him to be like 6 or 7 from the poster so I hope you don’t think I’m weird for wanting to watch an anime about a romance between a child and a teenager. To be fair, It’s not even that much or an age difference, only 2 years-Livius is 15 while Nike is 17. Putting that aside, there are other aspects of the plot that is interesting too. Like the fact that Nike is from the Rain Dukedom and her ability to call forth rain. I’d probably give the plot a 3.5 out of 5.

Characters- Most of the characters are lovable but I feel that they are somehow underdeveloped. There is just so much more they can do with the characters but what we get is only a glimpse of their past so I wasn’t really satisfied with that. For example, we know that Livius was motivated to conquer the world after his mother was assassinated but we basically only saw how Livius and Sheila (his mother) was by a pool chatting. To be completely honest, this doesn’t really make me FEEL for Livius even if I want to. It just frustrates me because this anime is beautiful and I want its full potential to be shown. Other than Livius, there’s also Nike with the exact same problem-underdevelopment of character. I give it a 2.5 out of 5 for character development.

Personality wise, I think the characters are not too bad. As I said, they are lovable and unique in their own way. The first time I watched Livius’ interaction with Nike, my reaction was the same as Nike’s -” What a brat!” but I do find my self thinking that he is really a child at heart despite having such a mature way of thinking when he began bickering with Nike. You just can’t help rooting for Livius! Nike on the other hand acts kinda rough and boyish but is still naive and pure. I love her love for nature and how she teaches Livius (and us) the beauty of the world. Let’s admit it, we do take the nature for granted sometimes. 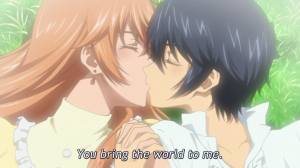 Romance- I know what you are probably thinking but scratch that thought because it is not true! Even though it is a romance with a “child” you’ll barely notice since Livius acts so mature in the relationship. He cares for Nike and protects her from harm and honestly he’s quite manly! There’s definitely chemistry between the two and I don’t think there’s a problem since Livius will grow in the future. The height difference is only temporary. I do think the person in charge kinda went overboard with the height though, Livius looks like he’s still in primary school! 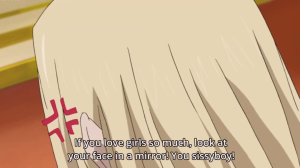 Humor- I think the main source of humor is from the conversations of Nike and Livius. There’s bits of dirty jokes which are quite light so I didn’t mind and mostly insults. The insults are hilarious! Check out the one I have here. (image above)

Music- I didn’t expect any music (not background music) from this but surprisingly it turns out that a song is needed to call forth the rain. The Rain song is catchy and every time I see rain now I immediately go~ “Please go the tender rain!~”

Conclusion- I’m going to give this anime a high score of 4 out of 5 because of how engaging this is. Did I ever mention that it took me only a day to finish it? I know that I’ve said that some characters are underdeveloped but I guess it’s expected from a short length anime. It was such a fun treat after a day of cranky customers at work. This drama is mainly focused around romance with a teeny tiny bit of politics that you probably won’t notice. I would recommend this anime to any anime fans that like the romance and fantasy genre. I think you would all enjoy watching it:)

What do you think of the romance if you have seen this anime? Tell me in the comments below! Thank you for reading my post and I’ll see you soon^^ 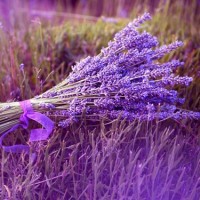 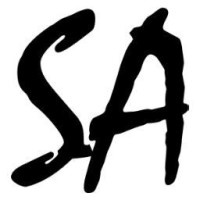 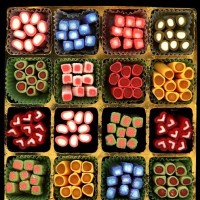